A film about courage, love and freedom.

Touko Laaksonen served as an officer during the difficult years of the Second World War in Finland. When peace arrives, life does not get any easier. Touko is gay and there is very limited freedom for a young man like him in post-war Helsinki. Harassment and penalties await those who openly display their affection. But using the pseudonym “Tom of Finland”, his desires and longings find expression in homoerotic leather fantasies. Touko’s controversial art form becomes a way to liberation. Both for him personally, but also for the gay community in general. 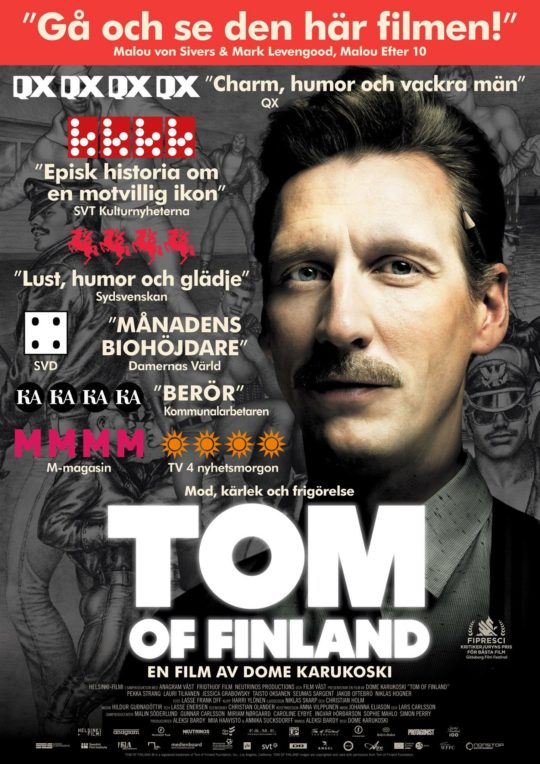